On August 18-19, 2018, the International festival “ARCHERY TRADITION 2018” was held in the National Museum of Folk Architecture and Life of Ukraine (open-air museum Pirogovo). For the third time, such an event is organized by the World Federation of Traditional Archery in Ukraine (WTAF Ukraine).

At once, I would like to point out that this year, “ARCHERY TRADITION 2018” has become a truly large-scale and grand event, once again confirming the status of the international event. Participation was attended by over 110 participants from the following countries: Ukraine,USA, Great Britain, Germany, South Korea, Turkey, Greece, Cyprus, Belarus, Lithuania, Moldova. 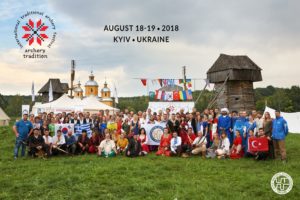 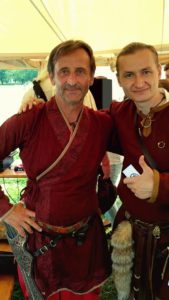 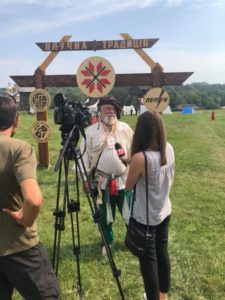 On the first day of the competition, the participants tested their strengths, skills and knowledge in the disciplines of Turkish, Korean, English and American traditional archery, also in classical firing and dynamic archery at a moving target. 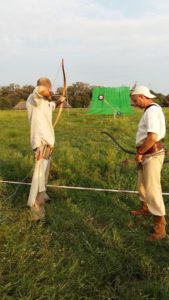 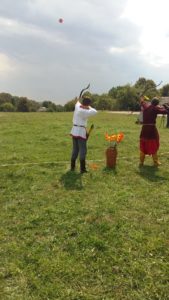 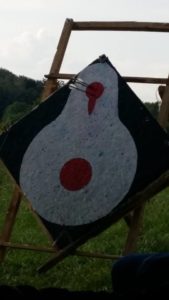 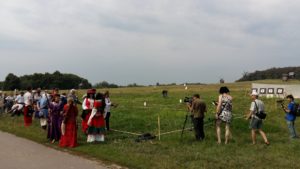 After such an intense and active day, all the participants were prepared the most delicious dinner from our caring and constant cooks of the field kitchen. After dinner, evening entertainment was waiting for everyone. For us, old songs and world rock hits were performed with the help of an ancient bagpipe by Alexei Shkuropatsky. Sang for us a unique and unsurpassed Ukrainian singer with a sensual voice in the range of three octaves, Illaria, who was called the “soul of the country” for her love for Ukrainian lyrics and folk songs. That evening we were all transferred to the magic of the Middle Ages… 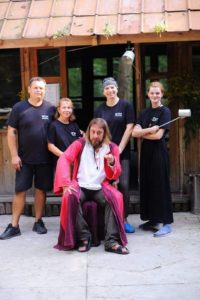 On the second day of the festival, those participants who entered the top five in terms of the highest score on the first day continued to participate. And so for every archery class. The festival organizers decided to make this year’s finale special, which is why the semi-finalists fought in dynamic archery at flying targets. An unusual surprise was liked by everyone, and, as was later noted, everything is not as simple as it may seem at first glance))) 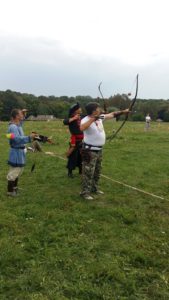 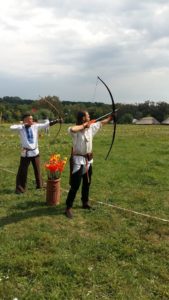 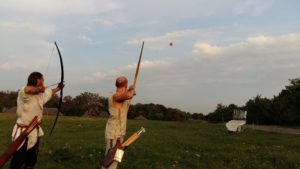 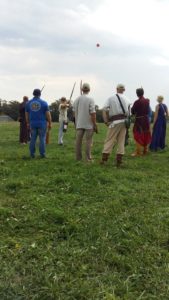 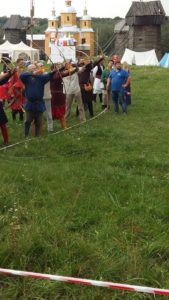 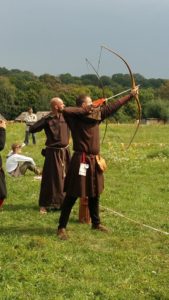 The winners were awarded, a joint photo session took place, but that’s not all! Earlier, I wrote in my articles that WTAF Ukraine likes to prepare surprises for its fans, which is why, apart from the original and unexpected finals, there was another surprise for everyone: a seminar from Spyros Bakas, dedicated to the archery traditions of different countries, and master classes from Lucas Novotny and Hendrik Wiethase. Undoubtedly, it was an invaluable experience, very informative, interesting and useful) 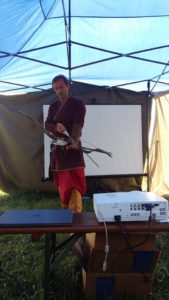 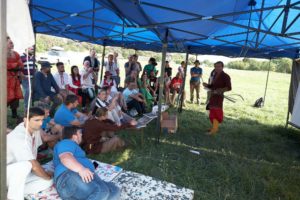 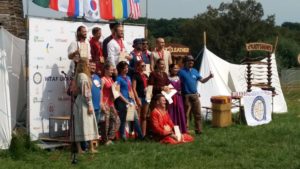 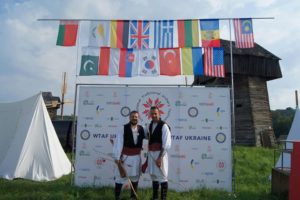 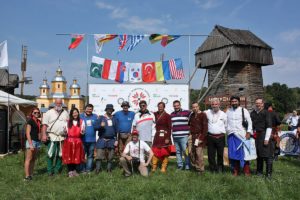 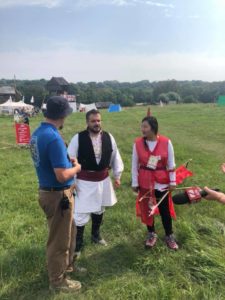 The festival “ARCHERY TRADITION 2018” was much different from the previous two years, but the same spirit and atmosphere that prevailed at each event from the World Federation of Traditional Archery in Ukraine (WTAF Ukraine) remained unchanged, the sea of positive emotions and impressions, new acquaintances, new opportunities and invaluable experience. 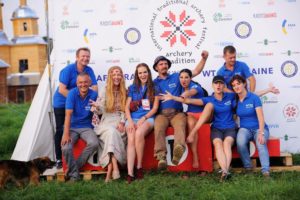 WTAF Ukraine expresses its sincere gratitude to all the participants, activists and sponsors of the festival “ARCHERY TRADITION 2018”.

Such an event was not yet in Ukraine, and even in the World! 🙂