Yesterday we returned from Moldova. There was a wonderful international reconstruction festival “VATRA 2018” last weekend.

Travelling there by bus was a tiring journey but the excellent cheerful company of fellow countrymen filled the time with jokes and laughter. Approaching Chisinau, everyone strained a little as we were expecting to see sunny Moldova but instead there was sparking lightning and restless rain. The rain was so strong we could literally say that we swam to Vatra. Vitaliy Netyaga texted the organizers in messenger: “Approaching Kattegat”… Our bus really looked like a rook with the arms for halberds and tent pylons that resembled oars.

Upon arrival we were pleasantly greeted by the organizers, treated with good food and provided shelter. A very special thanks goes to Ruslan, Oleg and Tina.

The humungous hall with a huge number of tables, chairs and torches on the pillars created some magical atmosphere when old friends, who missed each other, met again and raised the goblets together for the meeting.

The morning of the first day revealed the full beauty of the place where we were. We were surrounded by huge green hills. There were no signs of modern architecture. The breathtaking landscape panorama… Slowly floated lazy clouds…

The saga “In search of woollen socks” was crowned with success. Skins and all the necessary warm things were borrowed.

The tournament flew unnoticed.  But made participants sweat because of the high concentration of high-level shooters.

The second day the weather pleased us with the sun rays. Spectacular battles of knights, delicious smells of cooked dishes, the show program and the gun shots entertained us.

I would specially like to highlight the musical accompaniment of the festival. Musicians with violins and bagpipes gave a special and unique color of the Middle Ages to this event, for which they have a special gratitude.

And finally a few words about the sincerity of this festival! The number of friends, interesting people, sea of ​​jokes, laughter and joy, a good cuisine, rivers of wine reinforce a hundredfold the desire to return to this place next time. 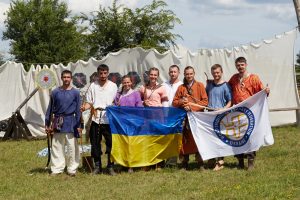 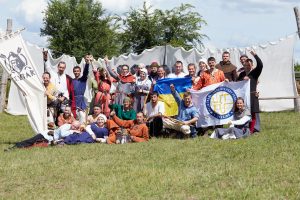 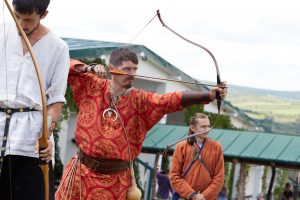 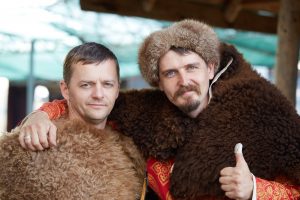 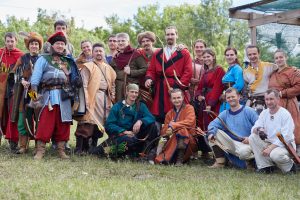 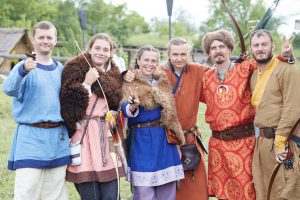 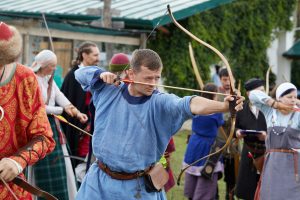 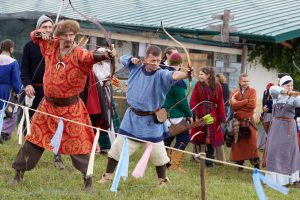